Remarks on the Celebration of Ned Kirsch's Work

Delivered by Dan French, Secretary of Education, at a celebration of life and work of Ned Kirsch, who was superintendent of Vermont's Franklin West supervisory union. Ned Kirsch passed away in April 2019. 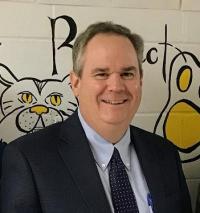 Good afternoon. I was deeply saddened to hear about the death of my friend and colleague Ned Kirsch, and I would like to extend my condolences to his family, friends and co-workers.

I want to thank the staff of Franklin West for organizing this event. Ned’s death happened so suddenly. For me, today is an opportunity to reflect on what Ned and I termed, “the work”, and to celebrate the fact that this work continues through the systems and structures that Ned’s innovation was so critical in creating.

Looking back on it now, so much of what brought Ned and I together was a conviction that our education system needed, and still needs, to be centered on the personal learning aspirations of students. To achieve that goal, we both concluded teachers need to be connected in networks of design and innovation - personalizing student learning is not possible if teachers work in isolation.

Ned and I came at this from different perspectives, but technology is what brought us together. Perhaps I was more of a technologist who had a hobby as an educational leader, while Ned was more of a true educational leader who had an interest in technology. I am an open source advocate and remain a hardcore Linux enthusiast. Ned, on the other hand, from my perspective, was infatuated with any technology that was white and had fruit logos.

In spite of our differences, we were both interested in innovation; creating new and modern systems to better meet the needs of our students. We worked in parallel on issues related to implementing Google Apps, 1:1 computing, managed wireless, cloud computing, the use of cell phones, Learning Management Systems, wide area networks, moving business processes to the cloud, etc. Basically all of the significant technological innovations of the last 10 years or so.

And then there was social media and Twitter. Twitter, for both Ned and I, became our most important source of professional development. It was how we connected with educators from around the world, with each other around the state and within our own school districts and school buildings. Ned’s advocacy and leadership on Twitter was exceptional and wide ranging. He influenced the thinking of many educators around the country and the globe.

My Twitter direct messages with Ned capture a wide range of issues and document our dialogue. As leaders, we learned from each other. As the Proverb goes, “ As iron sharpens iron, so one person sharpens another.” Ned and I sharpened each other’s thinking through frequent Twitter exchanges on a variety of issues.

Ironically, for me as Secretary, our first direct message on Twitter had to do with then Commissioner of Education Armando Vilaseca. Ned wrote on November 3, 2010, “Did you hear about Armando? He fell off the roof and hit his head.”

Frankly, when I review his Twitter messages, I see a pattern of pushiness. Ned was alway challenging the status quo and pushing for better approaches. He was never satisfied. We discussed a wide range of issues such as what direction the Vermont Superintendents Association should take on technology, how to reform the VT-ASCD board, and recently in November, how to improve the new State Longitudinal Data System. That message was quite lengthy.

My favorite message from Ned was when he messaged me when I left the superintendency to take a position in higher education. He wrote, “Now I can be nominated to be the "tech guy” in the VSA.”

At the invitation of Mike Deweese, Ned and I co-led technology sessions for new superintendents. It was through instructing together that we were able to better define the common work before us and all educational leaders today. “The Work” as we called it, was about personalizing student learning, something in Vermont we had always aspired to do, but now, arguably for the first time in history, we actually have the tools to do so. Ned and I both felt it was our moral responsibility, with these new tools in hand, to enact this commitment to students. We shared a deep sense of urgency in carrying out this work.

To celebrate this work and to celebrate Ned’s contribution to it in Vermont and around the world is to celebrate the work of superintendents, the systems leaders who design and invent the structures that compel us to act on behalf of students every day.

Not many people understand the role of the superintendent well. Most people can quickly identify the importance of teachers in the educational process. Ned would be the first to say teachers are the most important element in the system.

Some people, perhaps some more than others based on their school disciplinary records, have a deep and personal appreciation of the role of the principal. Here to, Ned and I were in agreement that one of the most important functions of the superintendent was to help develop principals and to support their critical work.

Superintendents, to a certain extent, however, remain somewhat of an enigma since much of their work is not visible to the public. We do not have a “superintendent appreciation day”. It would be so un-superintendent like to have such a day.

Today, however, in honor of Ned’s memory and to celebrate his work, I would to like to ask all former and current superintendents to stand to be acknowledged.

Thank you for your work. I know Ned took great pride in his service as a Vermont superintendent, and his legacy to students lives on through the work you do on a daily basis.