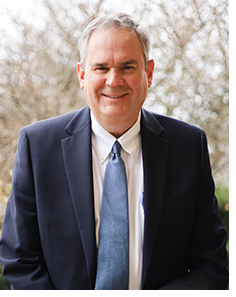 Secretary of Education Daniel M. French is a graduate of public schools, public universities, and is a US Army veteran. His career in education included teaching high school social studies, serving as principal of a PreK-12 school, serving as superintendent for a large multi-district supervisory union, and teaching at the higher education level. His work in Vermont has been statewide in scope having worked for 15 years in Vermont’s Northeast Kingdom, 9 years in southern Vermont, and 2 years in Chittenden County. He is the recipient of numerous awards including being named Vermont Superintendent of the Year and 2009. He received the “Making IT Happen” state educational technology award in 2016, and from 2010 – 2012 he served as President of the Vermont’s Superintendents Association.

An avid technologist, a focus of Secretary French’s work throughout his career has been advancing the use of technology to offer expanded learning opportunities for students and to better focus the structure of schooling on meeting their personal learning aspirations. He has led major organizational improvement initiatives centered around using technology to modernize school district operations and has worked at the national level on issues related to technology and leadership development. 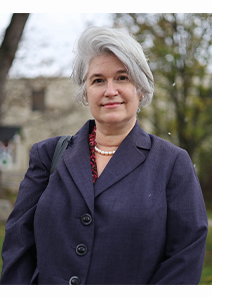 Deputy Secretary Heather Bouchey oversees all programmatic Divisions within the Agency of Education including Data Management and Analysis, Education Quality, Federal Education Support Programs, Student Pathways, and Student Support Services. She earned her Bachelor of Science at Cornell University and Ph.D. at the University of Denver, with postdoctoral training at the University of Michigan. Deputy Secretary Bouchey has published extensively in the fields of education and psychology. The aspects of her work she loves most include both team development and collaborative problem-solving, as well as bringing data to bear on policy solutions.

Having come from humble economic roots, Deputy Secretary Bouchey is deeply committed to ensuring that all students have access to meaningful educational opportunities that improve their chances for life success. Her postsecondary experiences as a first-generation college student profoundly shaped her identity and professional interests. 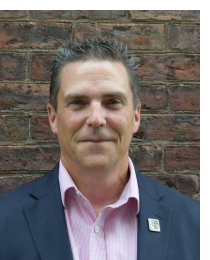 William Bates is the Agency of Education’s Chief Financial Officer. He is responsible for the agency’s education finance, business office and administrative services functions. Mr. Bates has significant professional experience working in financial services, governmental and nonprofit organizations. He began his career at the Montpelier-based accounting firm of Sullivan & Powers, and from 1998–2014 worked at National Life Insurance Company where he served as Senior Auditor, 2nd Vice President for Treasury Operations, and as the Strategic Leader/Project Manager for the Financial Management Group.

A Certified Public Accountant and Project Management Professional, Bill launched his own consulting firm, wtb & Associates, LLC of Barre, VT, in 2014. As a consultant, some of his major projects included working with Blue Cross & Blue Shield of Vermont to create, brand, launch and market their Organizational Efficiency Program – Blue IDEAs – (Initiatives Deserving Exploratory Analysis) which enabled the company to lower its operating expenses by over one and a half million dollars. At Copley Health Services, he served as Manager of their$12.5M Certificate of Need Strategic Initiative, which replaced their existing 40-year-old facility with a new state-of-the-art surgical suite.

A native of central Vermont, Bill has served on a variety of volunteer and community based organizations, including serving as a former school board member and an elected town auditor. He has been an active volunteer at U-32 Middle and Senior High School where he has participated as a mentor, coach and booster club volunteer. He and his wife are co-chairs of the Vermont Fresh Air Fund. In his free time, Mr. Bates enjoys training for and participating in obstacle course races and riding his Harley-Davidson motorcycle. 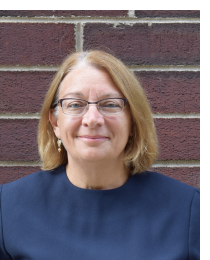 Anne earned her Bachelor of Arts at Grinnell College and PhD at the University of Michigan, Ann Arbor. Her doctoral research explored how to promote civic dialogue and perspective-taking in history education and was conducted in an international setting. Prior to coming to the AOE in 2000, Dr. Bordonaro was a social studies teacher in New York City and educational researcher with the Carnegie Corporation of New York. She worked in educator quality at the AOE for many years before assuming her current role. The aspects of her work she loves most include collaborating with other AOE Divisions and with the field to ensure effective uses of federal funding and avoid duplicative processes. She is deeply committed to ensuring that all students have access to meaningful and equitable educational opportunities that improve their chances for personal success and satisfaction and enable them to participate as effective citizens. 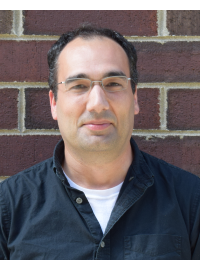 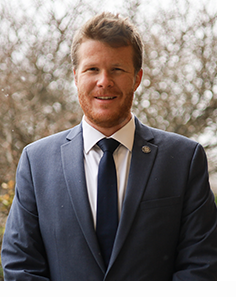 Ted Fisher has worked for the Vermont Agency of Education since March of 2018 and has served in his current role since September of 2018. He is passionate about public sector communications and public engagement and particularly enjoys the challenge of communicating complex public policy clearly, concisely and accessibly. He loves working for AOE because there are plenty of challenging and complex things to talk about and he learns new things every day.

Prior to joining the agency, Ted served as the public information officer for the Town of East Hartford Connecticut, and as a digital communications specialist for the Connecticut General Assembly. He also worked for U.S. Representative Joe Courtney. He has a BA in Government, German Studies and international studies from Connecticut College. A native of Chittenden County, Ted lives in Shelburne with his wife Rose, daughter Niamh and cats, Red and Roxy. 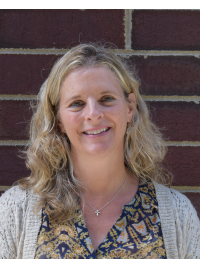 Maureen Gaidys started her career as a credit analyst for Fleet Bank, worked for the NH Governor’s Office of Energy as a Fuel Assistance Program monitor, and then became a residential counselor for delinquent girls at a group home in Antrim, NH. In 1998, she moved back to Vermont and worked for several years as a case manager for foster and adoptive families through Easter Seals. Shortly thereafter she became Assistant Director at the Math-Science Upward Bound program at Vermont Technical College. She came to the Agency, (then Department) in 2007. She has a Bachelor of Science degree in Consumer Studies from the University of Vermont. Maureen comes from a family of educators – her mom is a retired 4th grade teacher, her paternal grandmother taught multiple grades in a one-room schoolhouse and her paternal grandfather was a science teacher and principal in Randolph for many years. 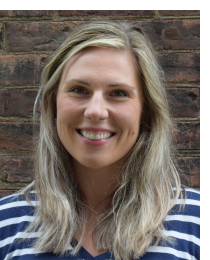 As the first Director of the newly formed Data Management & Analysis Division, Wendy Geller serves alongside her Work Family of Data Scientists as a centralized resource to the Agency of Education. Her crew collects, stewards, and leverages the institution's critical data assets to create and share data products that enable empirically-based practice and policy decision-making. She and her Division lead, partner with external bodies, and execute on the analytic activities of the institution as well as plan, develop, and manage the data governance program and the business side of the DataOps continuum.

Wendy's Ph.D. (2011) is in sociology from the National University of Ireland Maynooth (www.nuim.ie) where she was a doctoral fellow at that National Institute for Regional and Spatial Analysis (www.nuim.ie/nirsa). Her dissertation findings highlighted shifting demographics in education arenas and labor markets internationally, specific education orientations occurring across cultures, and presented thoughts on the social and spatial forces surrounding rural community viability.

A native Vermonter, she graduated from St. Michael’s College in 2005 (BA, Sociology), and is a product of Harwood Union High School (class of 2001). Since leaving academia, she has focused on data architecture, data visualization, and DataOps generally. She is dedicated to creating the cultural, infrastructural, and operational conditions needed to care for and use data sustainably so as to provide value-added analyses in the public sector. She serves at AOE because she believes in harnessing science in service to the public good. 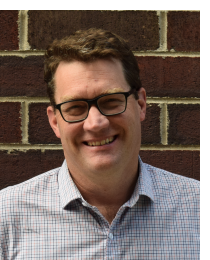 Patrick Halladay is the Director of the Education Quality Division, the division that coordinates the accreditation of educator preparation programs, educator standards, educator licensure, and continuous improvement in schools.  Previously, he was a project manager helping to assemble the ESSA State Plan.  He also taught upper elementary students for many years.  Patrick lives in Burlington with his wife, who is faculty in the elementary education department at the University of Vermont, and his three children, two of whom are now away at college.

Patrick has a Ph.D. in Education Policy from Michigan State University.  His dissertation examined midcareer entrants into the teaching profession. 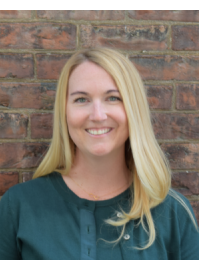 Prior to her appointment as General Counsel, Emily Simmons served as Assistant Attorney General for the Agency of Education. Before joining state government, Emily was the Director of Legal and Policy Services at the Vermont School Boards Association. In that capacity, she served on the Harassment, Hazing and Bullying Prevention Council and the Justice for Children Task Force. Emily was nominated for Outright Vermont’s Bill Lippert Award in 2017. She is a graduate of Vermont Law School. 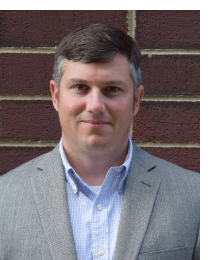 Kevin Viani, Agency of Education Director of IT, Agency of Digital Services

Kevin Viani has spent the last 10 years working to apply technology to business processes for the Vermont Agency of Transportation. He holds a BS in Environmental Studies concentration in GIS from the University of Vermont and a MBA from Champlain College. Kevin is excited to be working in Education, helping to bring solutions to the Agency and continuing to improve the way the organization supports education across the state.