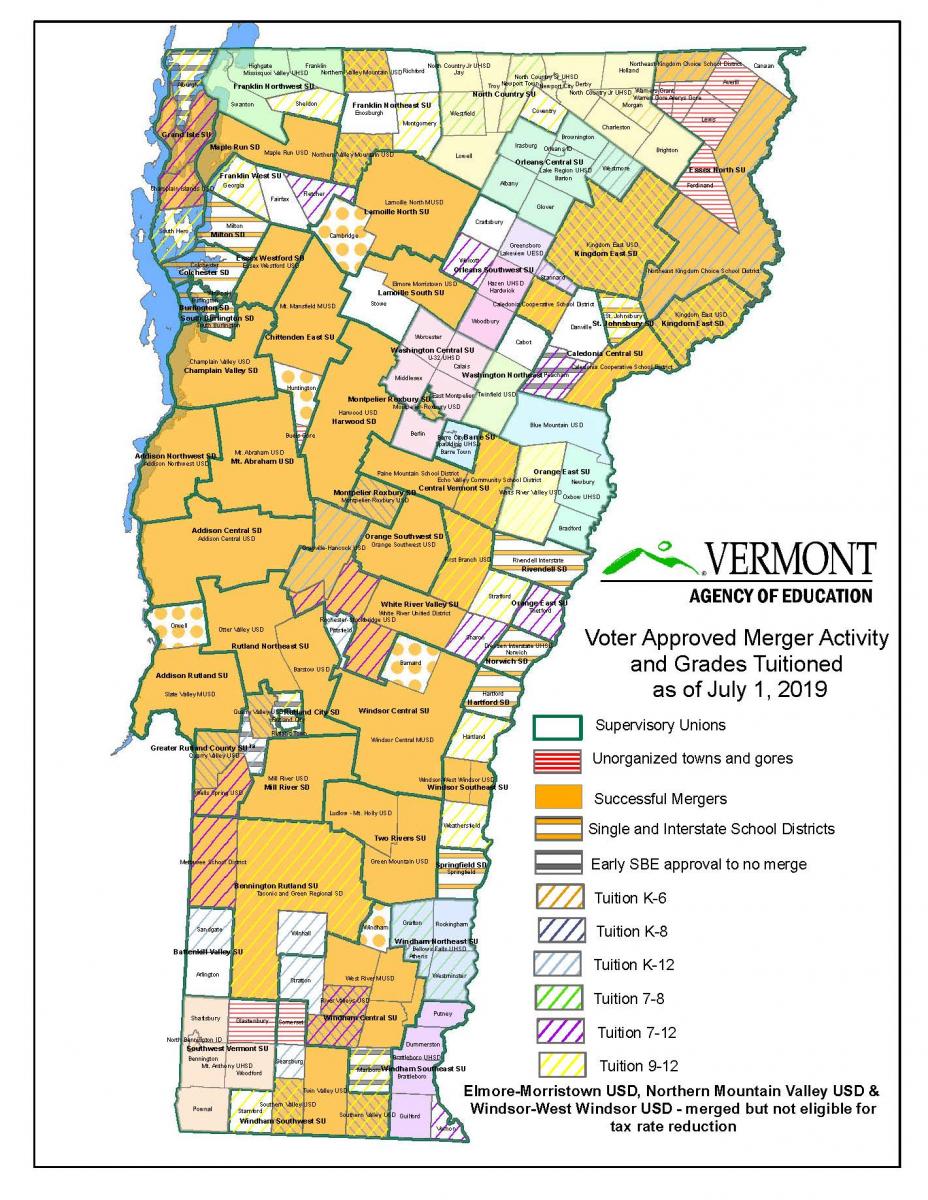 After State Board mergers, there are 120 districts

(Potential mergers of NMEDs with MUUSDs = there could be 116 districts)

Annual Status Reports to the Legislature